One novel application was in military reconnaissance and surveillance. Fitted in a rifle grenade or 40mm grenade gun round the camera could be fired above an area of interest. Hanging from a small parachute the camera could transmit a view of the area below for up to five minutes. GURPS version may be found on page 143 of 4e High Tech.

This idea will reach a new level of capability once equivalent rounds for mortars and howitzers are created. A weapon crew and the unit they are with could have a real time aerial view of a location kilometres distant. Such a view could be used for target selection, fire correction and damage assessment.


The projectiles used are similar to conventional illumination rounds. The round is fired above the target area where it ejects its cargo approximately 600 yards above. Some versions release a single camera carrier or just a small number. Other versions release dozens of smaller cameras that spread over a wide area. Where more than a single camera is used software may be used to process the image into a composite view which may be partially stereoscopic. Larger camera carriers may mount multiple cameras provide stereoscopic and alternate wavelength views.


A variety of systems are used to keep a camera aloft. The smaller or cheaper systems use the same parachute systems used with illumination rounds. These can be assumed to have a rate of descent of 5 yards per second. Some versions have rotors and/or deploy a hydrogen balloon. Balloon-equipped systems have longer endurance and are more reliable for high altitude terrain where the air may be thin. Rotor equipped systems can be manoeuvred for a better view of an area of interest. 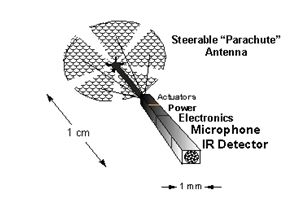 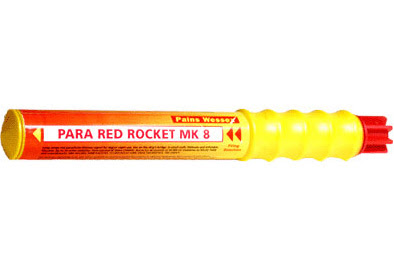 Less bellicose applications for this technology include search and rescue and surveying. For such applications disposable launchers or systems of a calibre that cannot take more lethal rounds may be developed.