Firefly and Caccolube for Car Wars

In 1944 two German divisions were ordered to move from the south of France to oppose the landings in Normandy. Each division had several thousand vehicles so gasoline stations along the route were used to keep them fuelled. Many of the attendants of these stations were members of the French resistance who had been provided with devices codenamed “Firefly”. 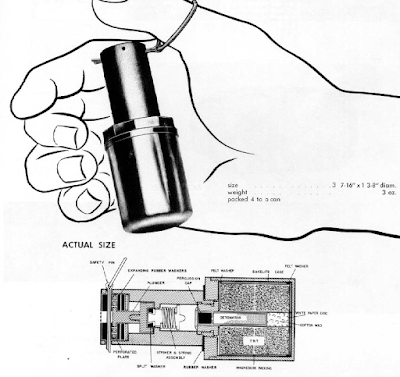 Firefly was a small device that could be surreptitiously introduced into the fuel tank of a vehicle via the filling port. Once immersed in fuel rubber components of the device would react with the gasoline. Depending on temperature, two to seven hours later the firefly would explode, rupturing the fuel tank and igniting the fuel. If the vehicle kept moving it would usually leave a trail of burning fuel. If, understandably, the drive braked to find out what had happened the vehicle was likely to catch fire. Vehicles such as tanks were likely to become blazing wrecks before the crew could escape. The consequences for the rider of a motorbike who had his fuel tank explode between his legs were unpleasant.


The use of firefly prevented hundreds of tanks, trucks and other vehicles from reaching the forces opposing the allied landings.


Each firefly weighed 3 ozs. A safety pin needed to be removed before it was placed in a fuel tank (a ready action). Firefly were shipped four to a can and required assembly before use. Detonation required a chemical reaction between the fuel and the rubber washers in the device so it had to be immersed for it to work.

A modernized version of the firefly might become part of a Car Wars campaign. Sabotaging the enemy’s vehicles with fireflies may be a plot objective. Unlike 1940's vehicles, modern vehicles may have locked fuel caps, or more sophisticated defences and circumventing these by some means might be necessary. In Car Wars terms an exploding firefly should be treated as a breaching hit to the gas tank with the same chance of causing fire as a standard flamethrower hit.


Firefly is entirely non-electronic so may avoid detection from sophisticated security systems. For obvious reasons it is of no use against electric vehicles, just those with gasoline and diesel engines.


A possible drawback is that it is very difficult to predict when firefly will detonate. The user may want to ensure that his enemy is in the vehicle when the fuel tank explodes and it catches fire. An electronic or clockwork timing device could be added to the charge, providing it still allows the bomb to be slipped down the filling port. Alternately, a mechanical flow meter could be fitted to react to movements of the fuel as the vehicle accelerates or decelerates. The action of gasoline on rubber could be used to impart a delay in the mechanism become active. Radio-command detonation is not really practical for a device floating in fuel in a metal container inside a metal car body.


A field improvisation of firefly can be made by securing the safety lever of a grenade with a rubber band or electrician’s tape. The fuel eats away at the rubber or adhesive until the lever is released. The problem with using this on vehicles is finding a grenade of a diameter that can pass through the filling port! In the movie “Collateral Damage” Arnold Schwarzenegger creates a time delay by sprinkling fuel on a rubber band securing a grenade safety lever. 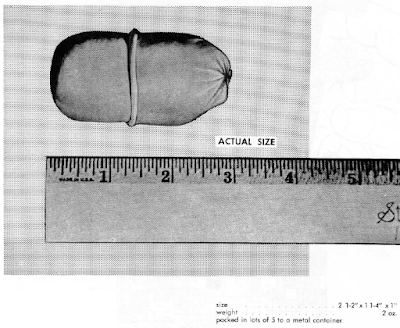 A contemporary of firefly was “caccolube”. This was designed to be introduced into the engine oil rather than the fuel. Caccolube was simply a condom containing a gritty compound, so would be easy to fabricate. The oil acted on the rubber to release the compound into the oil supply. The compound then abraded the internal parts of the running engine until some component failed. Accessing the oil system may be more difficult but oil caps are less likely to be lockable. Instead of an abrasive an updated version of this might use some form of polymer flakes that does an even more effective job at clogging the engine. Alternate chemical anti-material substances include combustion modifiers and fuel contaminants (for gas tanks), lubricant contaminants, viscosity-enhancing agents and depolymerization agents. Other contents, such as nanobots, are possible.

Firefly and caccolube are of less use in Transhuman Space. Whilst vehicles that use gasoline or synthetic gasoline may be encountered, electric vehicles or those using alcohol, hydrogen or liquid oxygen are more common, especially off-Earth.