During the 20th century it was believed that conflicts were fought in the air, on the land and in the sea. By the 21st century it was recognized that a fourth environment, the electromagnetic spectrum was also significant. Gaining dominance in the EM spectrum, or “ether superiority” might be pivotal in future conflicts.


As America invested in networked battle communications and remotely controlled weapon and reconnaissance systems potential enemies invested in jamming devices and other means of electronic warfare. 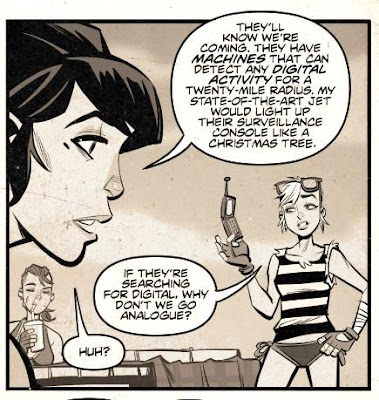 In Jan 2015 an article with the following passage was published.


“According to our Ukrainian partners, commenting on the latest ATO news, and referring to the "intercepted data from reports of the Russian army", today another division of the Russian army was destroyed near Lugansk...
I want to briefly explain to the Ukrainian colleagues, what is the modern Russian army, and what would happen, if it would come to visit them in reality, and not in their wet dreams.
Firstly, today we use digital radio communication with local encryption. You can intercept it, but you cannot decipher it. The code changes in 50 minutes, an hour, an hour and twenty-two minutes - on arbitrary unpredictable schedule. Ukrainian military and the armed forces of Novorossia are using an old analog model, which you can listen to. And the Russian army now has communications which was previously only on secure communication lines, - you can only hear the crackling and a characteristic murmur.
Secondly, if the Russian army appears in front of UAF, it will be easy to determine.
The first sign - failure of all means of communication, full discharging of batteries in vehicles, tanks and other equipment, at the same time, discharge of batteries in mobile phones, the targets, and radio stations. Then, there is a rupture of electric circuits throughout all the equipment - all of it. This is EMP. All engines stall, no way to restart. This is how the system "X" works (in order to protect the author we do not specify the name), with a range of up to 20 km.
Second - complete failure of all systems using LCD monitors, the failure of all target-locating devices of the air defense system. This is how the complex "Altair" works (this is a known complex in the world, we can name it).
Third - a failure to deploy any kinds of guided missile weapons - from MANPADS to PTURS [anti-tank guided reactive missile]. Upon launching, the ammunition liquidates itself. This is a battalion complex "Z" - on the basis of MTLB [multi-target light armored transporter]. Range - 15 kilometers.
Fourth - it is impossible to use a drone and low-flying aircraft. Their on board electronics will fail. This is system "Y". Then there is a complex "Avtobaza", which can forcibly land a drone.
What will happen next? Dozens (hundreds, if necessary) of the latest combat helicopters, flying over all the roads, start hunting for single armored vehicles, trains, cars. Railroad is paralyzed, bridges blown up. The lights go out on the home front - electric stations are out of service. Civil and military headquarters on the home front and separate leaders simultaneously are liquidated by the recon-subversive groups.”


The Russians are never above a bit of misdirection or disinformation so the above may not be an exactly accurate picture of actual capabilities. Complex “Z” seems a little redundant if System “X” has already hit everything with an EMP, for example. The article does give a nice thumbnail of weapons that may possibly be used in a Third to Fifth Wave conflict. 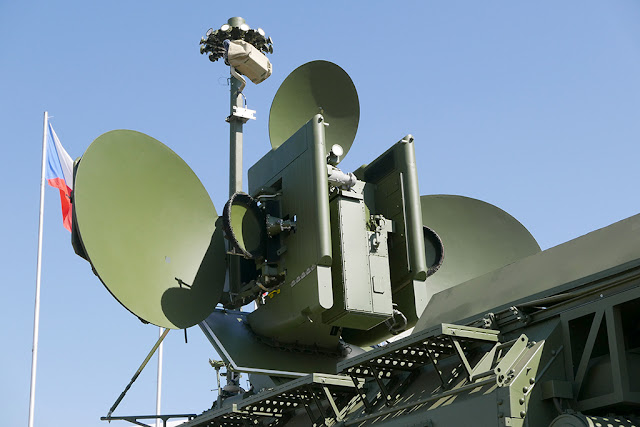 Currently the US is making considerable use of remote controlled systems and extensive communication networks and is very vulnerable to electronic warfare. By the TS-era we will see greater use of autonomous unmanned combat systems. Compared to current systems most TS-era electronic systems will be considerably more resistant to electronic attacks and hacking, particularly if they are military or state of the art. Some systems, however, may be impossible to protect. Weight considerations will limit the shielding that can be used by cyberswarms and small flying robotics, for example.

Without the capability to constantly micromanage units command posts may have to permit humanoid troops a great degree of initiative than some armies have previously been used to.


On a more localized level squads and platoons may need to find ways around the jamming of their communications.


Relatively static units may make use of hard-lines. Lineman and telephonist may persist as military specialities. Doubtless new technologies such as robotics may change how such lines are lain.


For more mobile forces methods such as hand signals will continue to be used. Some RATS may not have appendages suitable for hand signals, however. Laserphones are another possible answer but are restricted to line of sight and good visibility. They also need to be aimed accurately at the receiver unit, which may not be practical when elements are fast-moving and attempting to remain camouflaged. Signalling with flashing lights may be more practical. Companion AI systems can automatically convert speech into coded flashes and back again. Smoke, dust and weather may affect the use of these.


Sound is another alternative to platoon level radio communication. Visual and audible signals are how most infantry in the Second World War communicated, after all. Whistles are useful and lightweight, but their utility may be limited on a noisy battlefield. Squads may make use of bullhorns or similar devices. For clarity and security an updated version of bugle calls may be employed.

Platoons and squads may once again employ messengers to communicate with their elements and higher formations. The 2100 version of a messenger may not be a runner or dispatch rider. Small autonomous robots may be employed instead.